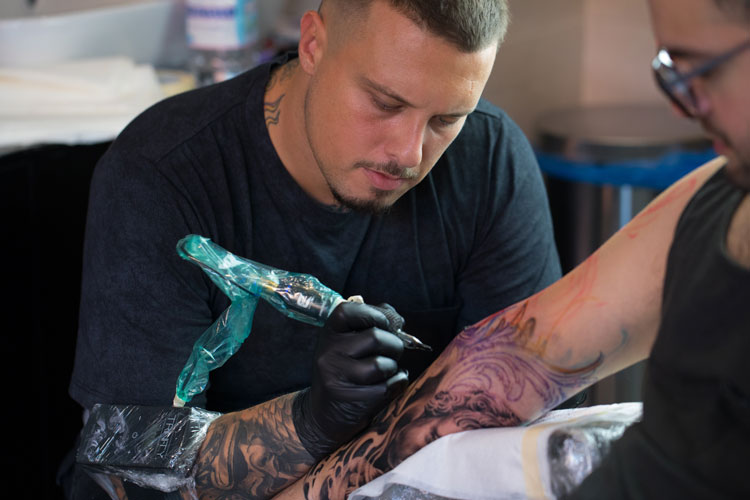 He began his career in 2004. From 2006 he moved to the United States and since then he began his international career as an artist specializing in black and gray tattoo art. He has many collaborations with artists from all over the world and official publications on books related to the history of tattooing and interviews on the most important magazines in and out of the tattoo community. In 2015 he returned to his hometown (Naples -Italy) and has opened his first studio: Thy Gallery.

Book an appointment with Ivano: